Update Required To play the media you will need to either update your browser to a recent version or update your Flash plugin.
By Dan Novak
09 June 2021


A top Federal Reserve official said the United States is moving forward with a plan to develop a "central bank digital currency," or CBDC.

The U.S. would not be the first country to consider launching such a currency. China is also considering one. However, the U.S. dollar is very important in the world economy.

But critics have concerns about privacy. They say such a system could give the federal government control over people's financial transactions. There are also economic concerns that the digital dollar could displace the currencies of smaller countries.

David Treat is with the Irish company Accenture which gives business advice. He has worked with most central banks in G-20 countries: 20 large, industrialized nations. He thinks about five of them will have some kind of digital currency by 2024. China's digital yuan is already in limited use.

Experts believe that CBDCs are likely to be used in the future. Here are some strengths and weaknesses of digital currencies:

A digital U.S. dollar would be worth exactly one dollar. Other digital currencies, like Bitcoin, can gain or lose value quickly compared to national currencies. But the digital "token" held by the owner would be guaranteed by the U.S. Federal Reserve. Bitcoin, for example, is backed by no government. 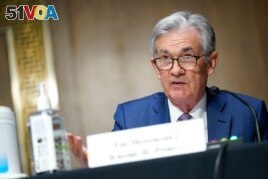 Treat said, "There is no question as to its value. Whether it's the dollar in your wallet, the dollar in your savings account, or the central bank digital currency version of $1 in your digital wallet, all of them always equals $1."

Digital currencies involve fewer steps in a transaction. Digital transactions on services like Venmo seem simple. But there is a complex digital network behind them. Banks and other financial services exchange information to make sure the transaction is safe. If one step goes wrong, the payment can be delayed.

Experts say a digital currency would work like cash. All the information needed to verify the transaction exists in the digital wallet. Two people could even make a transaction without an internet connection, although a wireless connection is still required.

A digital dollar could also be used around the world and across borders.

Daniel Gorfine is a director of the Digital Dollar Project, a non-profit organization that supports a digital dollar. He said a digital dollar would reduce costs for cross-border exchanges.

Smartphones are widely used in some of the world's poorest countries. CBDCs could bring many people around the world into the digital economy.

Gorfine said the experiences of "countries like Kenya show that digital access can have a strongly inclusive effect on underserved populations."

However, digital currencies are a cause for concern for supporters of personal privacy. Under a digital dollar system, the Federal Reserve would have control over many transactions by citizens.

A digital dollar could also weaken local currencies. It might be good for individual people to be able to buy and sell goods in U.S. dollars. But it would be bad for countries trying to supervise their own national currencies.

A strong digital dollar would reduce the value of a local currency. It would also harm other central banks' ability to control their money supplies.

Gorfine said it is a problem that must be dealt with. He said it could be a good idea to limit the amount of digital dollars a person can hold at one time.

He added that, as digital currencies get more popular, it is important that they be supported by "strong democracies."

In the long term, it is a good thing for any digital currency to be "underpinned by...rule of law," Gorfine said.

Rob Garver reported this story for Voice of America. Dan Novak adapted it for VOA Learning English. Mario Ritter, Jr. was the editor.

currency – n. : the money that a country uses : a specific kind of money

transaction – n. a business deal : an occurrence in which goods, services, or money are passed from one person, or account to another

verify — v. to prove, show, find out, or state that (something) is true or correct

token — n. a round piece of metal or plastic that is used instead of money in some machines : an object that looks like a coin and is used in place of a coin

inclusive — adj. open to everyone : not limited to certain people

underpin — v. to strengthen or support (something) from below